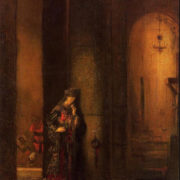 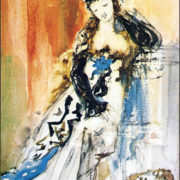 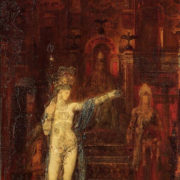 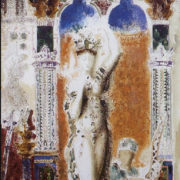 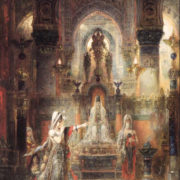 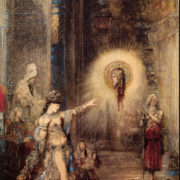 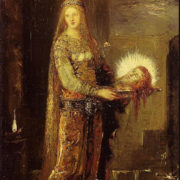 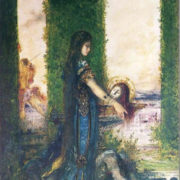 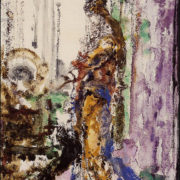 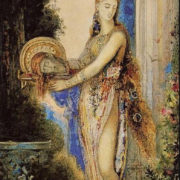 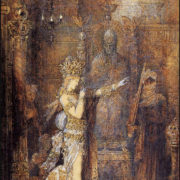 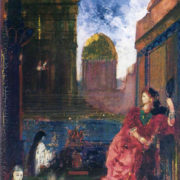 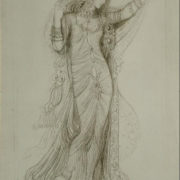 Gustave Moreau (6 April 1826 – 18 April 1898) was a French Symbolist painter whose main emphasis was the illustration of biblical and mythological figures. As a painter, Moreau appealed to the imaginations of some Symbolist writers and artists. (wikipedia)

Moreau’s paintings of Salome are mentioned in Against the Grain (À rebours) by J.K. Huysmans. They are images of obsession for the protagonist, Jean des Esseintes.