Salome of the Tenements Salome of the Tenements by Anzia Yelierska 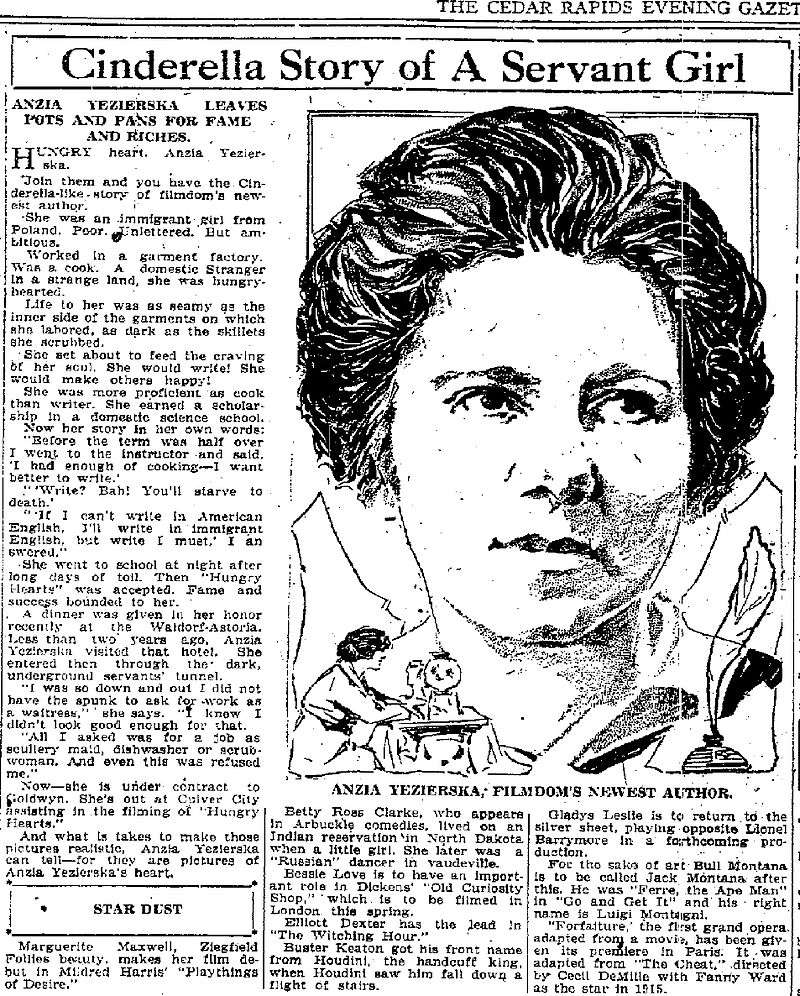 Title: Salome of the Tenements

Salome is Sonya Vrunsky, an orphaned Russian Jew living in tenements in New York. She wants love and beauty and sets her target as John Manning, an American millionaire philanthropist.

Sonya is emotional, ambitious, tempestuous, bossy, commanding, and naked in her desire for a better life for herself and for the community she comes from.

John Manning is educated, stoic, privileged, restrained, and romanticizes the poverty of those he wants to help. He takes an apartment in the tenements and sets up office to show solidarity with the poor, and to work among them as an equal. The poor immigrant community is lucidly aware that Mr. Manning is the landlord, and not one of them.

John is attracted to Sonya’s passion. Sonya wants John to unleash his passion. He never does, and this is their undoing.

The veils between them are lies – the strategy and tactic she employs to attract John’s attention and then win his love, and the agreement she expresses in his response to poverty. John’s lie is the repressed passion that he feels for Sonya, which keeps him from bonding with her beyond the surface.

Sonya is nakedly ambitious and desirous with those of her own race and community. She is both glorious and ruthless in her desire. With John she employs veils of seduction. She wants to drop her veils with him, and have him drop his veils to be nakedly emotional with her.

Ultimately Sonya leaves her marriage to John and returns to the working class. She follows her passion for design, which takes her back into the world of  Jacques Hollins, a Fifth Avenue designer who worked his way up from the tenements where he was known as Jaky Soloman. Hollins saw Sonya’s naked self when she demanded he dress her to help seduce John Manning. Hollins recognized his own passion for love and beauty in Sonya, and they unite in the truth of themselves with each other.

Sonya is Salome who uses her eroticism (sex, creativity, spirit) to achieve what she desires. Sonya is the apotheosis of female passion and desire.

John is John the Baptist who works to save the poor with intellectual conviction, but is disconnected from his heart and body. John is the apotheosis of masculine reason and decorum.