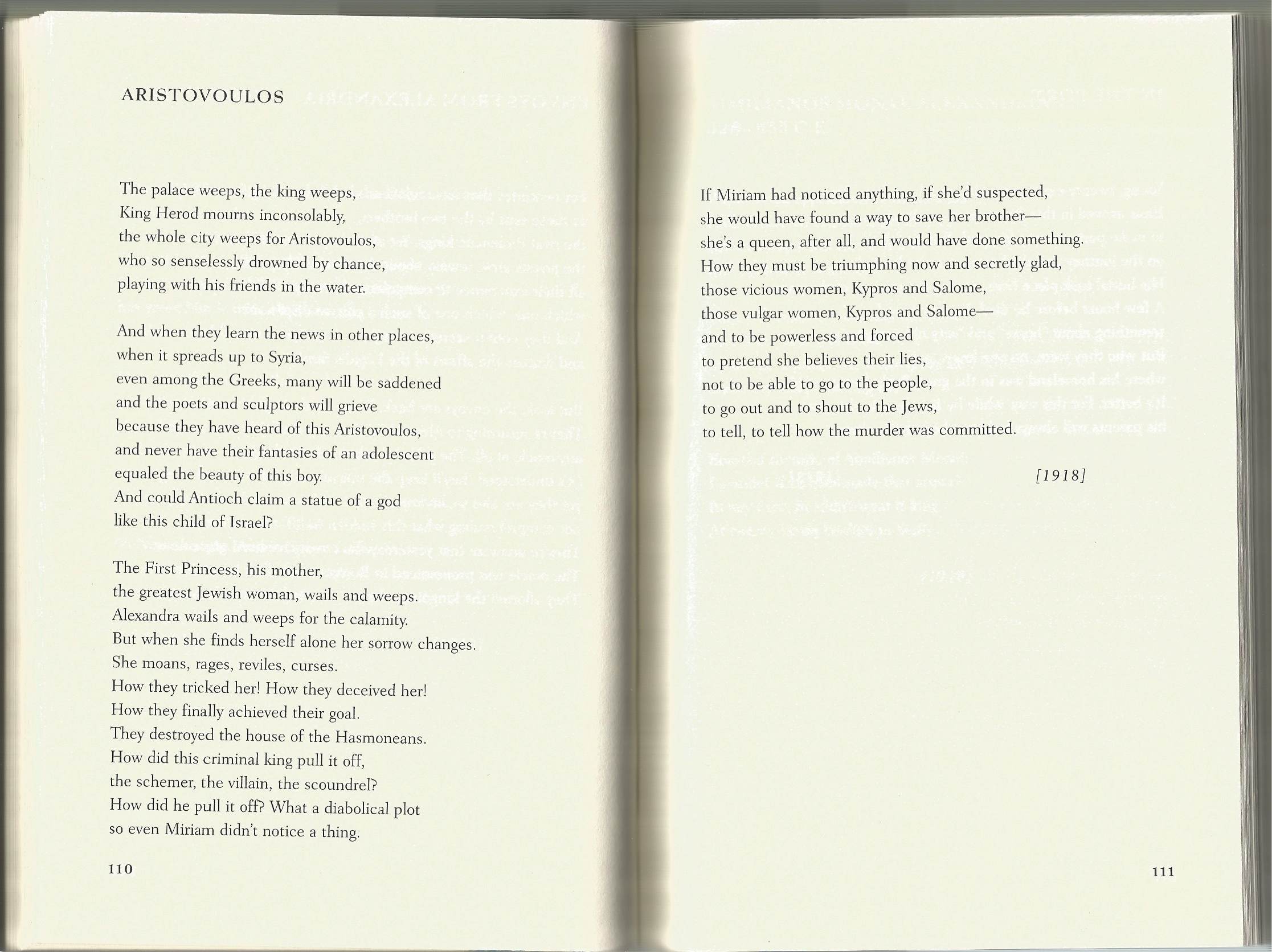 Mentions Salome in a poem about the politically motivated murder of a child prince. Salome along with Kypros is called a slut and spiteful.

Blame for the crime has shifted entirely from Herodias to Salome.

The poem’s mourning mother could stand in for the mother of John the Baptiste, whose son was also the victim of King Herod’s political maneuvers.

The palace weeps, the king weeps,
King Herod grieves inconsolably,
the whole town weeps for Aristovoulos
drowned by accident, so wastefully,
while playing in the water with his friends.

And when the news spreads abroad,
when it reaches Syria,
even many Greeks will be sad,
poets and sculptors will mourn—
they’ve heard of Aristovoulos,
yet their imagination could never conceive
a young man with the beauty of this boy:
what statue of a god can Antioch boast
to compare with this child of Israel?

The First Princess, his mother, the leading Hebrew woman,
weeps and laments:
Alexandra weeps and laments over the tragedy.
But the minute she is alone, her lamenting disappears.
She howls, rails, swears, curses.
How they’ve fooled her, how they’ve cheated her,
how they’ve finally had their way,
devastating the house of the Asmonaeans!
How did he pull it off, that crook of a king,
scheming, crafty, vicious,
how did he do it? A plot so fiendish
that even Mariamme didn’t sense a thing.
Had she sensed something, had she suspected,
she would have found a way of saving her brother:
she is a queen after all, she could have done something.
How those spiteful women, Kypros and Salome,
those sluts Kypros and Salome—
how they’ll crow now, gloating in secret.
And to be powerless,
forced to pretend she believes their lies,
powerless to go to the people,
to go out and shout to the Hebrews,
to tell them, tell them how the murder was carried out.